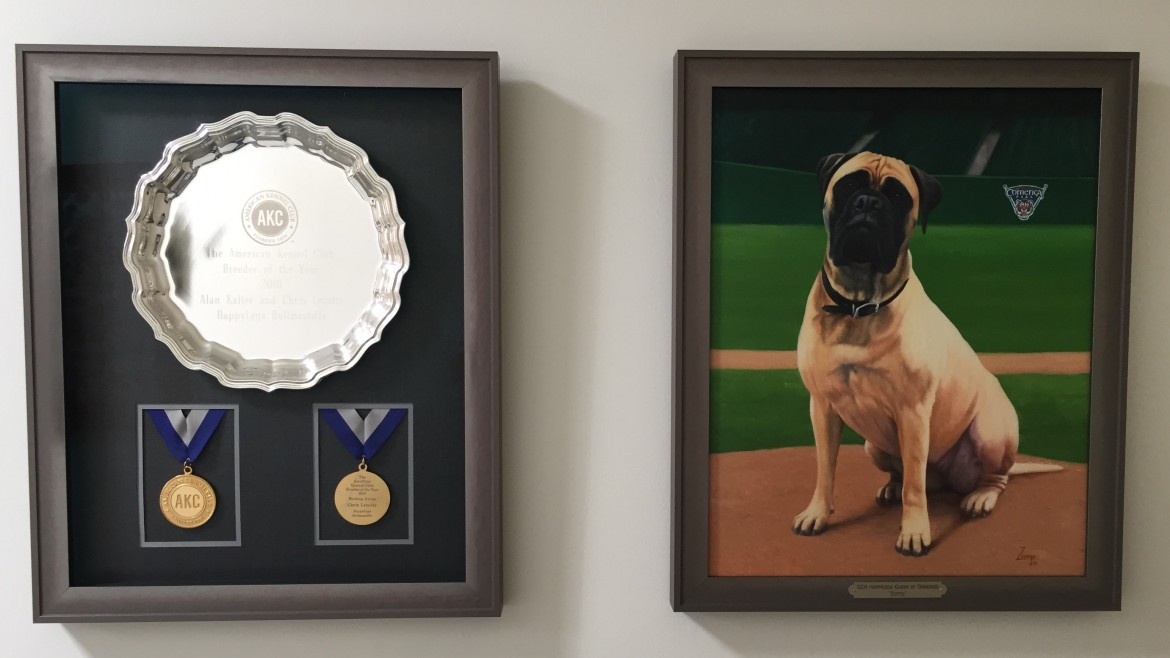 On December 16, 2016 – at the AKC National the AKC National Championship Show in Orlando, Florida – HappyLegs Bullmastiffs was named the 2016 American Kennel Club Breeder of the Year. As noted by AKC President and CEO Dennis Sprung, ‘We are proud to honor some of the nation’s finest breeders with this award. The dogs that carry the honorees’ kennel names have proven their breeders’ commitment to excellence, consistency, function and type, and represent important contributions to the sport of purebred dogs.’ This is the ultimate award a breeder may receive; we are humbled and honored to be so recognized. HappyLegs is the only bullmastiff breeder to be named Breeder of the Year.

As recipients of this award, a canine portraitist was commissioned to commemorate a prominent dog from our kennel to be displayed at the AKC headquarters in New York. Above is a copy of that portrait of a very special dog – GCH HappyLegs Queen of Diamonds aka ‘Dottie.’